Gaza’s ruling Hamas terrorist organization said in the wee hours of Tuesday morning that it was suspending plans for a large-scale attack, because “Israel has withdrawn its forces from the Temple Mount compound.”

Hamas gave Israel until 2 am to comply with its order to remove Israeli police officers from the Temple Mount compound.


There was no confirmation that Israeli forces really quit the site, which is one of the holiest in Judaism and third holiest in Islam.

Despite its promise, Hamas continued to launch rockets at southern Israel through the night.

A rocket fired from Gaza scored a direct hit on a home in the Sha’ar HaNegev Regional Council district in southern Israel shortly after midnight Monday night.

No one was physically injured but the house and properties in the surrounding area sustained heavy damage, according to Israel’s Channel 12 television news. 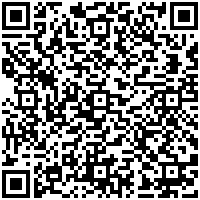