Hamas has issued a claim that eleven of its terror tunnel diggers perished in an IDF Monday afternoon bombing of a terror tunnel that had been dug from inside the Gaza Strip into Israeli territory near Kibbutz Kissufim, 0404 News reported.

IDF Spokesperson Brig. Gen. Ronen Manelis told reporters that the tunnel was discovered in Israeli territory, near the border fence, opposite the city of Khan Younis. The tunnel was still under construction, according to Manelis, which would support the Hamas claim regarding losing its men.

Ma’an reported that Israeli Air Force planes were flying from east to west in the vicinity of Khan Younis when the bombing was heard, but it is not clear how the tunnel demolition was carried out.

Iron Dome batteries were deployed in southern Israel in case Hamas retaliated for the destruction of the tunnel.

The tunnel was located by technological means in an area where the security wall has not yet been erected to block the tunnels. The defense establishment has been busy building the tunnel blocking wall in recent months.

Manelis stressed that Israel is not seeking an escalation in Gaza and has no interest in a military confrontation there. He added that the IDF had good intelligence on the tunnel’s outline and it did not pose an immediate danger, however, in the end, it was decided it would be preferable to attack it.

Manelis refrained from answering whether the tunnel was dug by Hamas or Islamic Jihad. 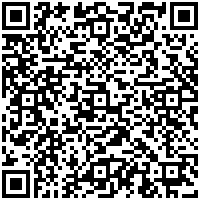