Hamas leader Ismail Haniyeh laid out the terrorist organization’s vision for the coming years and states that “we must adopt a strategy of resistance and return.” By return, he means that all PA Arabs throughout the world must be able to “return” to all of Israel, including Tel Aviv, and not just Gaza and the areas of the Palestinian Authority.

During a conference organized by the Zeituna Research Center, an institution abroad that is affiliated with Hamas, Haniyeh described the organization’s principles for the coming years.

“The principle of partnership in building the institutions by representing all sections of the people in all areas of government in the West Bank and Gaza should be acceptable to all,” said Haniyeh.

Haniyeh referred to the Palestinian Authority elections that were postponed by Abu Mazen and said, “their postponement brought the Palestinians to a dead end and brought us back to the starting point” on the issue of national reconciliation. He stressed that Hamas would not agree to hold any new elections unless they also include Jerusalem.

The Hamas leader referred to Israel’s efforts to develop relations with Arab states commenting, “Israel is penetrating the region by normalizing ties with Arab states and striving to establish regional alliances with its [Israel’s] participation. The Palestinians must establish a balance of power and counter-alliances [against Israel] and not give up Palestinian principles.”

Haniyeh also criticized the security coordination between Israel and the Palestinian Authority and said that this coordination is one of the things that paved the way for the normalization of Israel’s relations with Arab countries.

Haniyeh stressed that the Palestinian strategy for achieving national goals must be based on the principles of liberation and a return and resistance. By resistance, he meant violence if they do not get everything that they demand.

He said “the Palestinians must adopt a common strategy based on armed resistance, diplomatic and popular struggle and stressed that Hamas is ready to take part in the popular struggle in the West Bank.”

Referring to the representation of Palestinians around the world, Haniya said that they should also be included in the national project and seen as part of it, while criticizing the fact that since Oslo, Palestinians abroad have not been partners in the Palestinian decision. 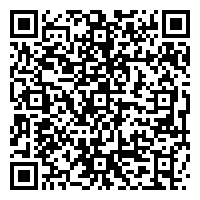