The IDF carried out a strike on a target in Jabalya in the northern Gaza Strip in the early hours of Sunday — according to local sources which also claimed two people were killed in the strike.

But the IDF still hasn’t confirmed the strike, saying only that it “does not comment on foreign reports.” Major. Avichay Adraee, the IDF’s Arabic-language spokesperson, has directly questioned the credibility of the reports, and instead called them lies.

“Many Gaza Strip testimonies raise fundamental doubts about the credibility of the Hamas Health Ministry’s statement on the killing of terrorist operatives late last night in the northern Gaza Strip. What does Hamas intend to hide? Time and time again, they promote lies and half-truths,” Adraee said.

The incident took place after a tense weekend on the border during which IDF aircraft carried out strikes Friday and Saturday against terrorist cells launching incendiary balloons over the border.

The Health Ministry in Gaza reported two people killed in the riots and around 80 others wounded. 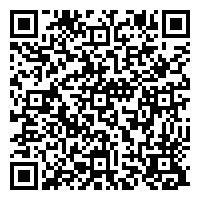