Hamas politburo chief Ismail Haniyeh told reporters in Rafah on Saturday that “the decision to indict [Prime Minister Benjamin] Netanyahu raises the morale of the Palestinian people,” according to a report by Asharq al-Awsat.

Haniyeh, who made the remarks at a groundbreaking ceremony for a new hospital in the city, said that serious corruption charges against the prime minister were a sign “of more steadfastness” for the Arabs, and added that the indictment would encourage more “resistance, both popular and armed.”

Netanyahu Indicted on Bribery, Fraud and Breach of Trust

The longest-serving prime minister in the history of the state will now also become the first sitting premier to face criminal charges.

Meanwhile, Netanyahu’s opponent, Blue and White faction leader Benny Gantz failed to form a government within the prescribed period of time, as had Netanyahu, and was forced to return the mandate to President Reuven Rivlin last Wednesday night.

The mandate was given to the Speaker of the Knesset on Thursday; if within 21 days an individual MK cannot muster enough support to form a coalition on his or her own, Israel will be sent back to the polls for an unprecedented third national election. 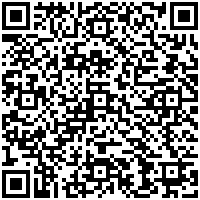