The Israel Air Force resumed air strikes against Gaza terrorists on Thursday evening in response to rocket fire aimed at southern Israel from the enclave since Wednesday.

According to the IDF Spokesperson, the interior security unit of Hamas is “responsible for all security operations carried out inside Gaza, and is considered to be an executive branch of Hamas’ political leadership. The building served as the office of active unit members,” the IDF Spokesperson said. “A significant part of the unit’s members are also Hamas military operatives.”

The building was completely destroyed, and according to a numerous Hebrew-language media reports, at least 18 people were wounded in the attack, some of them severely.

“The strike was carried out in response to the rockets fired by Hamas at Israel, one of which was fired at the city of Be’er Sheva, which is more than 24 miles from Gaza,” the IDF Spokesperson added. 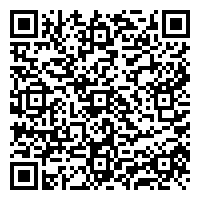