Israel’s ambassador to the United Nations, Danny Danon, has appealed to the Secretary General of the United Nations and the Security Council to condemn Hamas for the unprovoked terrorist attack on Israel’s southern communities in the past twenty-four hours.

In a letter sent to both, Danon wrote that Hamas was solely responsible for the launching of more than 180 rockets that has caused injuries to civilians and damage to factories and homes in the southern communities.


“Alarms have once again shattered the hope of the children of southern Israel for a quiet summer vacation – no country would tolerate such a situation,” Danon wrote. “The international community must condemn Hamas and place the responsibility for this unacceptable onslaught on the terrorist organization.”

Danon added that “Israel will continue to take all necessary measures to prevent harm to civilians and to protect its sovereignty.”

U.S. State Department spokeswoman Heather Nauert said in a briefing earlier that U.S. officials were concerned by the situation.

“Overall, we condemn the launching of missile attacks into Israel, and call for an end to the destructive violence,” Nauert said.

“We’ve seen reports that 180 or so rocket attacks have taken place, shot from Gaza into Israel, and we fully support Israel’s right to defend itself, and to take actions to prevent provocations of that nature,” she added. 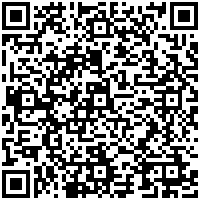