This update was posted from New York prior to the start of the holy Sabbath.

Israel Defense Forces and Hamas guerrillas exchanged fire on Friday after Gaza terrorists opened fire at Israeli forces under cover of the afternoon’s “riots” at the security fence along the border between Israel and Gaza.


“Earlier today, shots were fired at IDF soldiers from the southern Gaza Strip during the violent riots along the security fence. In response, IDF aircraft and tanks targeted eight military posts belonging to the Hamas terror organization in the Gaza Strip. In addition, a number of explosive devices were hurled during the violent riots,” the IDF Spokesperson said in a statement.

“Hamas leader Ismail Haniyeh, who took part in the riots at the security fence, was smuggled out of the area due to fears of the risk of IDF gunfire, according to a report by Hebrew-language journalist Gal Berger.

The IDF held a situational assessment following an attack with an explosive device used against an IDF force in northern Gaza.

Residents in the Eshkol and Sdot Negev regions were ordered to maintain standard security measures.

According to Or Heller of Channel 10, terrorist sniper fire was directed at IDF soldiers securing the border, igniting the conflict.

At least three terrorists were killed and an undetermined number of others were wounded, according to the report, including two members of Hamas and one member of the allied Palestinian Islamic Jihad terrorist organization. IDF tanks and aircraft were returning fire.

“It has started.
Dear residents:
The IDF began attacking the Gaza Strip due to an exceptional incident. In accordance with IDF instructions, it is necessary to remain close to protected areas and to be ready for warnings. Please listen to the defensive guidelines. We are in constant contact with the security forces and will update you if necessary. The hotline in the council works 24 hours a day and in any case of distress you can call and receive assistance by phone. Shabbat shalom.
Sdot Negev Regional Council”

This update was posted from New York prior to the start of the holy Sabbath. 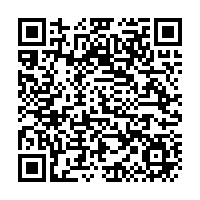