IDF forces on Sunday morning encountered and killed an armed terrorist on the border with the Gaza Strip.

The IDF stated that an armed terrorist from Gaza approached the border fence with Israel and fired at the IDF troops, who responded with fire and killed him.

IDF tanks also fired at a Hamas target in Gaza.

This is the second morning the IDF identified and eliminated armed terrorists on Israel’s border fence with Gaza.

On Saturday morning, the IDF identified four terrorists from Gaza approaching Israel, armed with AK-47 assault rifles, RPG grenade launchers and grenades, one of which they threw before being killed.

Once one of the terrorists crossed into Israel, IDF troops neutralized the cell.

The IDF estimates they were on their way to attack a nearby Israeli community.

Prime Minister and Defense Minister Benjamin Netanyahu on Saturday night commended the IDF unit that “acted quickly and efficiently on the border with Gaza and prevented a terrorist infiltration of our territory.”

“Hamas is responsible for all aggression emanating from the whole of Gaza. Israel will continue to act to thwart infiltrations of its territory and attacks on our citizens,” he added. 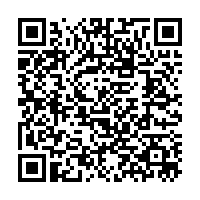