As of Tuesday morning, the passage of goods between Israel and the Gaza Strip will be blocked, save for food and medicine, in retaliation for the continued firebomb kites and balloons terrorism against Israel. The Kerem Shalom crossing will be closed and the Rafah crossing, under Egyptian control, will remain closed. Israel’s Defense Ministry said in a statement that food and medicine will be transferred only subject to individual approval.

Each shipment of food and medicine will require the authorization of the Coordinator of Government Activities in the Territories. In addition, Gaza’s fishing area will be reduced from six miles to three miles starting Tuesday.


Egypt announced the continued closure of the Rafah crossing for “technical reasons.”

“In light of the continued terrorist attempts by the Hamas terrorist organization, the Minister of Defense, Mr. Avigdor Liberman, in consultation with the IDF Chief of Staff, decided to close the Kerem Shalom crossing to fuel and gas shipments through Sunday,” the defense minister’s office said in a statement.

Hamas issued a response statement Monday, saying, “The Israeli military’s leaders started to realize this bitter reality that the era of scoring easy victories has ended, as they can no longer retake control of the coastal enclave. It is a fact that the next flare-up of fighting between the Palestinian resistance and the Israeli Occupation will not change the current situation in Gaza.”

The author of the Hamas press release, Dr Fayiz abu-Shamala, predicted an inevitable military clash with Israel, writing: “The experience of previous confrontations with the occupation has shown that the Israelis fear the Gaza Strip more than any other front because waging an all out war on the besieged Strip will significantly affect the internal security of the Israeli entity. This is also reflected in the current Israeli escalation which did not change its doctrine of combat, ultimately bringing us back to July 2014, where the Israeli aggression kicked off after the same aggression we are witnessing today.”

Confirming broad expectations in Israel’s media, abu-Shamala concluded: “If the war is forcefully imposed on Gaza, the resistance will be ready and will take the Israeli military by surprise, that is unless Israel retreats from its decision and listens to the language of reason of achieving a truce, break the siege and ease the suffering of the Palestinian people. The next few days will have an answer to this predicament.”

On Sunday, the IDF reported reinforcing the Iron Dome batteries in the Tel Aviv metropolitan area and in southern Israel, as well as enlisting reserve duty soldiers to reinforce the air defense system. The Iron Dome batteries in Tel Aviv Metro were covered extensively in IDF spokesperson reports, possibly in an attempt to send a warning message to Hamas that Israel is ready to meet rocket violence and would retaliate.

Great Minds Talk in the Shining City on the Hill 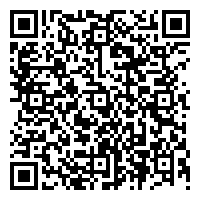