An Israeli Air Force fighter pilot has reportedly eliminated a senior Hamas rocket engineer, according to a report broadcast by Channel 13 television news.


Gaza terrorists launched more than 100 rockets and mortar shells at southern Israel in the space of seven hours from Wednesday night into Thursday.

Nearly a dozen Israelis were wounded, and many more were traumatized. Some of the rockets landed directly on homes and vehicles in Jewish communities in the Gaza Belt region, causing a great deal of damage as well. 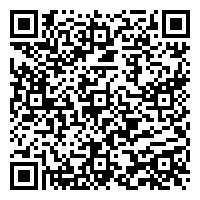