Striving to maintain the neutrality for which he has become legend, Mladenov wrote in a post on his official Twitter social networking site that he was “deeply alarmed by escalation of violence btw #Gaza & #Israel.”


He went on to say that if the current escalation “isn’t contained immediately, [the] situation can rapidly deteriorate with devastating consequences [for] all.”

Was that something that either side didn’t already know? 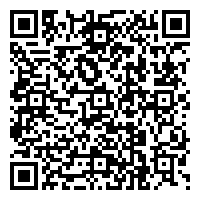