At least three rockets were fired from Gaza at southern Israel Wednesday night, with two aimed at the southern Israeli city of Sderot. The Palestinian Islamic Jihad terrorist organization claimed responsibility for the attacks.

The Red Alert incoming rocket air raid sirens triggered in the Sha’ar HaNegev and Sdot Negev Regional Council districts, sending families celebrating the holiday racing instead for their bomb shelters and safe spaces. Hanukkah treats, latkes and other holiday fare were left on hundreds of dinner tables as Israeli families scrambled for safety again, for the third night in a row.

The Iron Dome anti-missile defense system intercepted both rockets that were apparently headed for Sderot. A third landed in an unpopulated area.

United Hatzalah EMS volunteers in Sderot treated a number of people for shock as well as one person who sustained light injuries to his legs while he was running to a secured bomb shelter following the rocket attacks.

Two of those treated for trauma were children, according to medical personnel, with the third victim a woman. 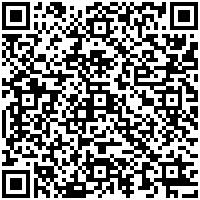