Gaza’s Hamas terrorists are once again vowing to drive the Jews out of Israel, this time as they light Molotov terror kites and send the flaming explosives flying over the border security fence towards Israeli farmland.

A clip of the terrorists proudly announced recent pledges is included on a video by the IDF as they prepare more improvised explosive devices (IEDs) to attach to their “arson kites” — as the IDF calls them — while planning for the day the rioters succeed in breaking through the security fence at the border with Israel.

“Allah willing the Jews’ hearts will burn. We will not stop until the Jews leave our land, and Allah willing we return to it,” a Hamas official declares, standing with fellow terrorists holding a kerosene-filled bottle for use in preparing another IED.

There is no difference between the message conveyed by today’s Hamas operatives, and the vows of yesteryear’s fedayeen. Both demand that the Jews leave what they claim is “their” land, and both pretend they will “return” to a place that most have never been, nor intend to settle. All are vicious anti-Semites filled with blood lust and hate, and none are capable of the mammoth effort required to build a lasting, true peace. 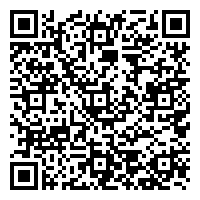