Israel has fiercely rejected a resolution passed Friday by the United Nations’ Fourth Committee that called on the International Court of Justice in The Hague to issue an advisory opinion on the “legal significance of the ongoing Israeli occupation.”

It is notable that Ukraine was among those who voted in favor of the anti-Israel resolution, especially in light of Ukraine President Volodymyr Zelensky’s constant pleas for Israel to provide advanced military aid to help in its defense against Russia.

It is also notable that among those who voted to support the resolution, Egypt and Jordan have peace treaties with the Jewish State, and both Morocco and the United Arab Emirates are members of the Abraham Accords agreement that normalized relations with Israel. Both have developed significant defense agreements with Israel as well.

Caretaker Prime Minister Yair Lapid noted in a statement Saturday night that the Palestinian Authority-led resolution was “another unilateral Palestinian move which undermines the basic principles for resolving the conflict and may harm any possibility for a future process.”

Lapid pointed out that the resolution “will not change the reality on the ground, nor will it help the Palestinian people in any way; it may even result in an escalation. Supporting this move is a prize for terrorist organizations and the campaign against Israel.”

He thanked the “many countries” that did not support the resolution and who made it clear this is “neither the way to promote stability nor to resolve the conflict.”

Lapid also called on the countries that did support — and pass — the resolution to “reconsider their position and oppose it when it’s voted upon in the General Assembly.

“The way to resolve the conflict does not pass through the corridors of the UN or other international bodies,” he said.

“The Palestinians’ hypocrisy truly knows no limits,” he told members of the Fourth Committee.

“Involving a judicial organ in a decades-old conflict only to dictate one side’s demands on the other, ensures many more years of stagnation,” Erdan warned. “Yet it seems that this is precisely what the Palestinians want, seeing as they have rejected every peace plan, including the UN’s partition plan in 1947.

“By co-opting the ICJ to impose a decision, the Palestinians are given the perfect excuse to continue boycotting the negotiating table to perpetuate the conflict.”

Adding insult to injury, the text of the resolution referred to the Temple Mount in Jerusalem solely by its Muslim name, Erdan noted. “This is not an ignorant mistake, but another attempt to distort history and erase the bond between the Jewish people and Jerusalem! We will never allow this to happen.

“Israel signed four peace agreements in the last two years and the Palestinians claim to teach us Israelis about peace?

“For Israel, peace is not an empty slogan. In Israel, we educate our children in tolerance and coexistence…The Palestinians, sadly, do the opposite. Their culture of incitement, hate, and violence is deliberately taught in schools and even kindergartens, poisoning the minds of generations.

“While these resolutions regurgitate many of the same blatant fabrications as in the past, today’s resolutions include a far more destructive clause. By calling to involve the International Court of Justice, the Palestinians are decimating any chances of reconciliation,” Erdan added. 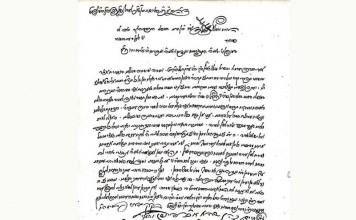 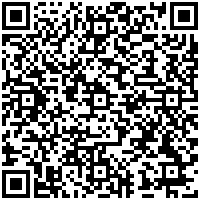