Israel’s security cabinet met Sunday to discuss Israel’s response to terrorist activity from Gaza, the issue of whether and how to allow Qatari cash grants to reach the poverty-stricken Arab residents for whom they are intended, and which type of humanitarian goods will be allowed to enter the enclave.

Also on the agenda was the issue of preparations for another possible round of combat, if need be, and the issue of ongoing Egyptian long-term ceasefire mediation efforts between Israel and Gaza’s ruling Hamas terrorist organization.


In addition, the cabinet reviewed and approved a report submitted by Defense Minister Benny Gantz on freezing funds transferred by the Palestinian Authority to terrorists and their families.

According to the report, which was prepared by the Defense Ministry Economic Counter-Terrorism Staff, the Palestinian Authority government transferred NIS 597 million in indirect support for terrorism in 2020.

These funds will be frozen monthly, out of the customs and tax payments that Israel transfers to the PA, the Prime Minister’s Office said.

Not the First Time
This is not the first time Israel has frozen funds that were to be transferred to Ramallah.

Israel’s Security Cabinet voted in February 2019 to withhold the transfer of the amount of tax monies collected on behalf of the Palestinian Authority that the Ramallah government pays as salaries to terrorists imprisoned by Israel, and families of those who died while trying to murder Israelis.

To accomplish its goal, the government implemented the “Deduction Law” passed by the Knesset in July 2018 to deduct NIS 502,697,000 ($138 million) from the funds that were designated for transfer to the PA by the State of Israel, the amount paid by the PA to its terrorists.

Then-Prime Minister Benjamin Netanyahu instructed security officials to step up checks on additional Palestinian Authority payments linked to terrorism. The amount frozen was to be updated in accordance with the information received.

Even earlier — in January 2015 – prior to the passage of the Deduction Law, the Netanyahu government froze half a billion shekels ($127 million) collected on behalf of the Palestinian Authority, after PA leader Mahmoud Abbas sought membership in the International Criminal Court at The Hague.

Abbas went ahead anyway and signed the Rome Statute that grants membership at the ICC, and the United Nations supported him. So did the United States.

Ever since, the Ramallah government has nagged the Court to press “war crimes” charges against Israel if not for one reason, then another. 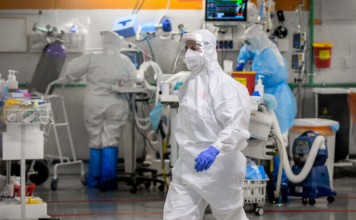