Gazans were rejoicing on Sunday with sweets in the street after a 23-year-old Palestinian Authority Arab tied up two of his Israeli co-workers, shooting and killing them both, and then also shooting and seriously wounding a middle-aged Israeli woman in the same factory before fleeing on a motorcycle.

In an Arabic-language article translated by the Palestinian Media Watch (PMW) watchdog organization, the Bethlehem-based Ma’an news agency described the rejoicing in the streets of Gaza that followed the vicious execution-style murders on Oct. 7 at the Barkan Industrial Park in Samaria, considered a shining model of Israeli-Palestinian Authority coexistence.


“Pictures were published on social media … of civilians handing out candy in the city of Khan Younis in the southern Gaza Strip out of joy over the operation (i.e., terror attack, 2 murdered) that a young Palestinian carried out in the settlement of Barkan in the northern West Bank, in which 2 Israelis were killed and a third wounded…

“The Hamas movement welcomed the operation and described it as ‘heroic.’ It said in a statement: ‘While we welcome the heroic operation, we emphasize that it was carried out as part of the natural response to the Israeli occupation’s crimes against our people, which are ongoing in all of the Palestinian areas. [Hamas] also emphasizes that our people will not sit idly by in the face of the settlers’ invasions of the Al-Aqsa Mosque and the unceasing desecration of its plazas by them…’

Islamic Jihad Movement Information Department Spokesman Daoud Shihab said that the operation is a natural response to the occupation’s crimes in Gaza, Jerusalem, and Khan Al-Ahmar (Bedouin encampment slated for demolition). He added, ‘The settlements are a legitimate target for people of the resistance and those rebelling.’

The Islamic Jihad Movement called to ‘the members of our proud people in Jerusalem, the West Bank, and everywhere to carry out intifada against the settlement terror, until its removal and the liberation of the West Bank from the settlements and the settlers.’ It emphasized that ‘[the spilling of] the heroic Martyrs’ blood, the targeting of children, and the harming of the Al-Aqsa Mosque will not pass in silence.'”

Likewise, Munir Al-Jaghoub, the head of the information office of Mobilization & Organization Commission of the Palestinian Authority’s leading Fatah faction, also headed by Mahmoud Abbas, posted an outright threat to Israelis on the group’s Facebook page as a follow-up to the murders, which he, too referred to as an “operation” :

“The only solution lies in recognizing the rights of our people, by realizing the Palestinian national independence in the framework of a free and fully sovereign state, which will be established on the occupied land and on the June 4, 1967 borders and whose capital is East Jerusalem.

“Any attempt to bypass these rights will not benefit Israel and will not bring security to it and its citizens as nobody will achieve security as long as our people remains (sic) denied its rights in its homeland.” 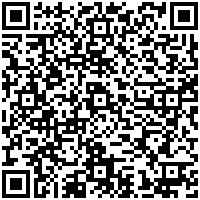