The Palestinian Authority is again working to seize territory, this time in the “E1 corridor,” an area comprised mostly of Israeli state land, sandwiched between eastern Jerusalem and the city of Ma’ale Adumim.

A new illegal orchard has been planted, and a section of land has been illegally fenced off with a locked gate by Palestinian Authority Arabs from a nearby village, according to a report Tuesday by Israel Hayom.

The move was documented by the Jerusalem Periphery Forum as another attempt to annex Israeli land via Palestinian Authority “facts on the ground,” in accordance with the Fayyad Plan.*

“The State of Israel needs to wake up and take immediate action to stop the obtrusions whether in E1 and throughout the entire Jerusalem periphery area and Route 417, which leads to the capital of Israel,” said an official from the Jerusalem Periphery Forum.

“We are losing our land, losing our capital, and need to wake up today.”

The E1 sector is in Area C, which the Oslo Accords placed under the sole administrative and security control of the State of Israel. However, spanning only seven kilometers (four miles), E1 is strategically located at the narrowest point of Judea and Samaria.

It is a key corridor through which Israeli troops would move to reach the Jordan Valley and then proceed north in time of war.

E1 is also strategically important to Israel as part of a security belt encircling the capital, Jerusalem.

The area is also of strategic importance to the Palestinian Authority, which is working to establish territorial contiguity with eastern Jerusalem – which it insists will be the capital of its hoped-for sovereign state.

If the Palestinian Authority gains control over the E1 sector, it will cut off the city of Ma’ale Adumim and the Dead Sea from Jerusalem, and create a three-sided choke hold around Jerusalem.

The Palestinian Authority has thus also encouraged local Bedouin to establish “facts on the ground” in the sector with the Khan Al Ahmar illegal encampment.

The encampment likewise threatens Israel’s security, as it is located cheek-and-jowl with the strategic Jerusalem-Jericho highway.

Khan al Ahmar has for years remained immune to a Supreme Court demolition order because consecutive Israeli governments have been more afraid of US and international pressure than they are concerned for their nation’s own territorial integrity.

To date, the encampment remains despite multiple government offers to relocate the families less than two miles away, at a distance from the strategically important Jerusalem-Jericho highway.

For at least a decade, construction plans have been presented to the government for Israeli housing to cement territorial contiguity between Jerusalem and Ma’ale Adumim, and then put on hold.

A plan to build some 3,000 housing units in the area, first approved in 2012 by the government of former Prime Minister Benjamin Netanyahu, was again to have been discussed this past January by the Civil Administration authority overseeing construction in Judea and Samaria.

Each time the issue comes up, the US government – pressured by the Palestinian Authority and leftist Israelis — forces Israel to back away from advancing the plans.

“International pressure” is always added to the mix, particularly from the European Union, which has brazenly funded and materially aided Palestinian Authority efforts to seize Israeli territory.

*A plan by former Palestinian Authority Prime Minister Salam Fayyad, entitled “Ending the Occupation, Establishing the State,” involves establishing “facts on the ground” as a means of seizing territory in Area C.

The European Union has been actively aiding and abetting this effort, funding and helping to build illegal schools in Israeli military firing zones and on Israeli state lands in Judea and Samaria.

‘Resistance Schools’ – One of the PA’s Most Effective Annexation Tactics, Report Shows

Israel is then forced by the international community and the United States to allow the schools – which often are built literally overnight – to remain. Entire illegal villages swiftly spring up around the schools, and slowly Israeli territory is reduced. 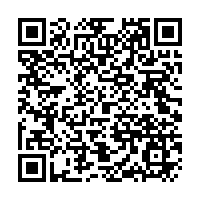