“A-Tahadi (Resistance) Schools,” schools illegal built by the Palestinian Authority (PA) at strategic points in Area C are one of the most effective tactics currently employed by it in its systematic program of annexation of the section of Judea and Samaria under Israeli jurisdiction, a report by the Regavim Movement shows.

The report – titled “Easy as A, B, C” – provides precise GPS coordinates of 100 illegal schools, as well as an overview of the use of illegal construction of schools as a method of creating new “villages” in areas under full Israeli jurisdiction.

Offering a closer look at the development and legal history of exemplar cases, Regavim’s report presents “startling documentation of foreign funding and cynical manipulation of humanitarian aid” in the service of the Fayyad Plan, the PA’s blueprint for de facto annexation of Area C and unilateral creation of a Palestinian state in Judea and Samaria.

In the 12 years since the unveiling of the Fayyad Plan, the PA has built 100 new and illegal schools in Area C.

The data in the report shows that about 30 schools were built on state land and land with unclear ownership, seven were built inside zones used by the IDF for training, four in nature reserves, six on archeological sites, and three on private land.

19 of the buildings were built in Area B, under PA civil control and joint Israeli-PA security control, but were extended without a permit to adjacent land into Area C, under full Israeli control.

Furthermore, despite attempts to portray the construction of schools as a “humanitarian solution” due to the long distance from the place of residence to the educational institution, Regavim’s examination shows that all the new schools were established only a few hundred meters to 3,000 meters away from existing schools.

“Illegal schools are not only a tool of Palestinian Authority annexation, they are a statement of the complicity of European funders in undermining Israel’s legal rights and legal judicial system,” said Meir Deutsch, Regavim’s Director-General.

“These schools make cynical use of children and education, and make a mockery of the basic principles of humanitarian aid. It’s time for the State of Israel to learn the lessons of this study, to enforce the law, to reclaim its authority, and to demand that European funders stop violating the law,” he demanded. 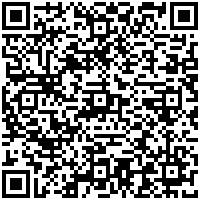