The London-based Al-Hayat Reported Wednesday morning that the Palestinian National Council (PNC) which is in sessions in Ramallah is preparing to make decisions regarding freezing the recognition of Israel, halting the financing of the Gaza Strip under the Hamas movement, and referring some of the functions of the Legislative Council to the PLO Central Council.

President Mahmoud Abbas outlined the National Assembly’s expected decisions at the end of his lengthy speech Sunday night, in which he indicated his intention to make “important and serious” decisions regarding the relationship with Israel and America and stopping the funding of services in the Gaza Strip under the rule of Hamas.


PA officials told Al-Hayat that Abbas plans to ask the PNC to freeze its recognition of Israel and suspend the agreements signed with the Jewish State until it recognizes the state of Palestine.

A member of the Executive Committee of the PLO, Dr. Ahmad Majdalani, said that “the PLO will take a decision to stop the financing of the coup” in Gaza, explaining: “We will take the decisions that we had to take 11 years ago when the coup took place.”

“The time has come for the Palestinian Authority to stop funding the Hamas rule, because this is the only way to end the division,” he said.

In his two-hour speech, Abbas announced that the PA would stop funding the Hamas rule in Gaza, noting that the PA pays between $115 and $120 million a month in the Gaza Strip, and that Hamas receives a similar sum from taxes on the smuggling through tunnels. He said he told Egyptian President Abdel Fattah al-Sisi, who is mediating between Ramallah and Gaza, that what is required of Hamas is either to give up the government fully or to take it on fully.

Officials revealed Abbas’s plan to ask the PNC to amend article III of its statute and delegate powers, in his absence, to the Central Council of the PLO, effectively making the PLO replace the Legislative Council, which stopped working Since the 2006 split. The PLO will thus have the power to appointment Abbas’s successor in case of his demise.

The PA Chairman will celebrate his 83rd birthday in November. Last February, while in New York to address the UN, Abbas was hospitalized for tests in a Baltimore hospital. He also underwent tests in a Ramallah hospital last July. PA sources opposed to Abbas claim that he’s ill and getting worse, suffering from cancer of the digestive system. In the 1990s, Abbas was operated on for prostate cancer. 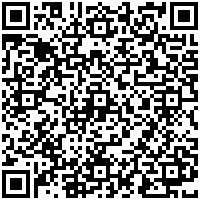