Bassem Tamimi, father of Ahed Tamimi, claims that his daughter will be released from Israeli prison this coming Sunday, even though her official release is scheduled for August 19.

“The Israeli authorities usually do not inform the detainee or his family of the date of his release, but I think she will get a decision” to reduce her detention by 21 days, Tamimi told the Turkish Anadolu news agency.


The Israel Prison Authority made no comment and released no information on the matter.

The elder Tamimi also told reporters that Ahed completed her high school education during her stay in prison, and is now applying to university.

He added that a reception is to be held for Ahed and her mother, Nariman Tamimi, upon their arrival home from prison on Sunday in their village of Nebi Saleh, with full coverage by print and broadcast media.

Ahed was sentenced to eight months in prison after being convicted for assaulting IDF soldiers following a plea bargain that reduced 12 counts of assault to four.

Tamimi was videotaped slapping, shoving and trying to kick an IDF soldier in December 2017 in front of her home in the Samaria village of Nebi Saleh, together with a cousin and her mother. 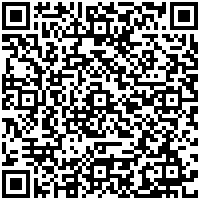