Rabbi Reuven Feinstein, 81, the youngest child of Rabbi Moshe Feinstein Zt”l and dean of the Yeshiva of Staten Island, was released from hospital after a car accident, Yeshiva Word reported.

Rabbi Feinstein sustained serious bruises but did not suffer a more serious injury. His wife, who was in the car with him, underwent a successful surgery, having suffered internal bleeding. 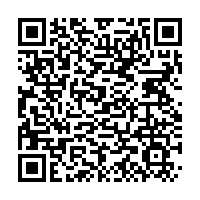