The getaway car in which terrorist/s escaped after shooting three young Israeli men Sunday evening at the Tapuach Junction in Samaria has been found in an Arab village located close to the site where the attack took place.

The vehicle was found by Israeli security forces in the Arab village of Aqraba, close to the Tapuach Junction.

Palestinian media reports the vehicle from which the shooting attack at Tapuah Junction took place, was located near Aqraba. IDF soldiers managed to fire towards the vehicle following the attack. pic.twitter.com/OTdr7CHrZB

However, the residents of the village set fire to the vehicle to ensure the destruction of any existing evidence that could identify the perpetrator/s of the attack.

Photos and live video of the conflagration were uploaded to social media by Arab residents.

Israeli security forces have been conducting most of their searches for the terrorist/s in Aqraba.

One of three Itamar Yeshiva Gedola students wounded in the attack was Yehuda Guetta, a Jerusalem resident; he is still listed in critical condition with a head wound. The second victim, Benaya Peretz of Beit She’an, is also still listed in “very serious” condition with a gunshot wound to the spine. The third victim, 19-year-old Amichai Hala of Tzefat, was lightly wounded; he was discharged from the hospital on Monday.

IDF Chief of Staff Major-General Aviv Kochavi visited the site of Sunday night’s terror attack at the Tapuach junction on Monday morning. Kochavi conducted a situation assessment, in which the commander of the Judea and Samaria Division, Brigadier-General Yaniv Alaluf, reviewed the deployment of forces in the sector in light of recent events.

IDF Chief of Staff Kohavi toured the site of the shooting attack near Tapuach Junction, as the military continues to search for the suspect. pic.twitter.com/6NYQpASsae

It was decided that additional IDF combat soldiers will be reinforcing the Judea and Samaria Division in accordance with ongoing IDF situational assessment. “We will continue to operate against terror,” the IDF said. 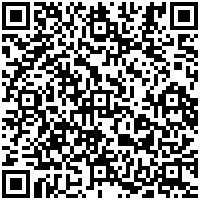