Palestinian Authority leader Mahmoud Abbas was rushed to a Ramallah hospital Sunday with a high fever, after complaining of chest pains.

According to a statement posted on the website of the Palestinian Authority’s official WAFA news agency, Abbas “had some medical tests at the Istishari Hospital in Ramallah” on Sunday and “the results turned out good.”

“He said the tests were necessary after the president’s operation in his middle ear few days ago at the Istishari Hospital.”

A source close to Abbas quoted by the Hebrew-language Yediot Acharonot said Abbas was being treated for “pneumonia and fever.” He was expected to remain hospitalized at least until Monday, a source told the AFP news agency.

Abbas, 82, had undergone “minor ear surgery” last week, according to WAFA, which claimed the procedure was concluded successfully. 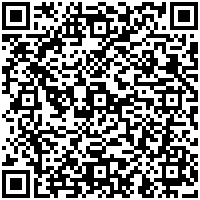