“Sources in Europe have begun talks and meetings with Palestinian public figures and former senior officials in key positions in the Palestinian Authority, with the aim of establishing an independent expert government, which will address a number of fundamental issues at stake,” senior Palestinian Authority officials said, some of whom have recently met with foreign diplomats.

They further said that the understanding among many elements in the international community is that it will not be possible to move forward as long as PA head Mahmoud Abbas continues to control the system.


Among other things, sources in Europe say that it is Abbas who is preventing the end of the split between the Gaza Strip and the PA territories in Judea and Samaria, which is hindering any progress towards a political process vis-à-vis Israel.

In Europe, it is further believed that it is Abas who is thwarting efforts to rehabilitate the Gaza Strip, which is another condition for a political breakthrough.

In recent meetings, Arab public figures and political activists have been called upon to form a technocratic government, despite expected opposition from Fatah and Abbas’ entourage.

A very senior PA official said in reference to this issue that there are elements in the Fatah Central Committee who believe that in the current circumstances they should allow the formation of a unity government with Hamas or an independent government under Fatah leadership.

In recent days, Salam Fayyad, the former PA prime minister who has good ties to the US and Europe, has gone to meetings in the Gaza Strip, and although his associates claim that this was a thank-you tour to meet his activists who supported him ahead of the elections that have been postponed, for the time being, other sources say that his goal was to feel the pulse among the Hamas leadership.

Yahya Sinwar, the leader of Hamas in the Gaza Strip, refused to meet with Fayyad and he was forced to satisfy himself with a meeting with Razi Hamad, also a member of the Hamas leadership.

On Wednesday, the Palestinian billionaire Maniv al-Masri, who was also mentioned as a possible candidate for the technocrat government, met with Sinwar in Gaza.

Arab sources point out that the European move has been gaining momentum mainly since Abbas postponed the elections and especially since the death during a PA interrogation of political activist Nizar Banat.

These officials pointed to very sharp expressions that were heard from members of the diplomatic staff in eastern Jerusalem against Abbas.

A series of articles in European newspapers such as the French Le Monde and La Figaro and the German Der Spiegel, as well as newspapers in the Gulf, have been harshly critical of Abbas in recent days.

One of the Palestinian Authority officials who was present at the meeting with the foreign officials said that they are completely discouraged by Abbas and understand that European funding does not serve the values ​​of Europe and especially the values ​​of democracy and individual rights.

He said the European move may even affect the willingness of some countries to inject donations into the Palestinian Authority coffers that are currently facing a severe crisis due to low revenues and donations, in a way that even threatens the PA’s ability to pay salaries. 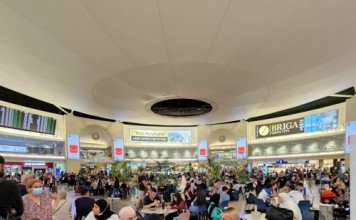 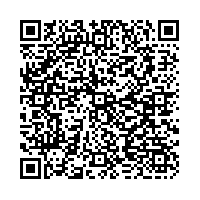