The Qatari delegation currently in Gaza has brought up the issue of building a US-founded and funded hospital in northern Gaza, with the Hamas leadership in Gaza, but most of the various interested factions have expressed their opposition to the new medical facility.

The hospital would be established in proximity to the Erez Crossing, and Qatar is expected to also help fund the construction.

The hospital will be run by volunteers from the US and other countries. The hospital will provide treatment for cancer patients and will feature 16 wards, but several factions are still opposing its establishment.

Israel also decided to take the equipment it deployed in the field hospital for Syrian refugees on the border with Syria and transfer it to Gaza.

The Palestinian Authority (PA) opposes the project, claiming it is part of the terms of ceasefire currently being finalized between Israel and Hamas, which undermines the PA’s sovereignty in the Strip.

Fatah has voiced opposition to any civilian programs not run through the PA.

Hassan Dajani, a Hamas-affiliated commentator, said that the hospital should be built only with the agreement of all the various factions and that there is a suspicion that this a move to promote the Deal of the Century, even though he conceded that Gaza does need further medical services.

Hamas has officially endorsed the project with an understanding that it will help them and Gaza, but are now facing opposition.

Some oppose the hospital’s location, saying that its proximity of the Erez Crossing will enable its easy capture by the IDF. Others noted that the northern Strip already has three hospitals, and suggested it be relocated to the Rafiah area in the south.

Yet other factions expressed fear that a new hospital would cancel the need for the UNRWA’s services.

“It’s not a humanitarian and medical necessity, it’s a political game,” members of one the factions said. 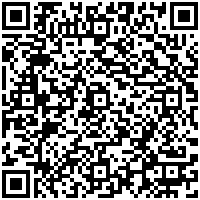