According to Arab sources, the IDF re-arrested Rafat Nasif, a senior Hamas agent in Tulkarm, Samaria.


Nasif was likely one of 14 suspects arrested by the IDF and Israeli Security Agency (Shin Bet) during overnight operation in Judea and Samaria Sunday. Nine detainees are suspected of involvement in grassroots terrorism and rioting against security forces and civilians, and five more are suspected of being Hamas agents.

According to the IDF, there was one arrest in Bethlehem, three in Rantis and one, presumably Nasif, in Tulkarm.

Also overnight, the IDF and Shin Bet seized thousands of shekels in cash in Bethlehem, which intelligence sources said came from terror organizations. All the detainees and the money were transferred to secure facilities. 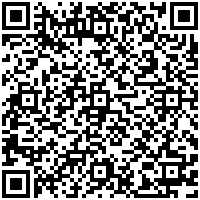