Only a few weeks after embracing Prime Minister Benjamin Netanyahu in India, Prime Minister Narendra Modi arrived in Ramallah on Saturday from Jordan in a helicopter, courtesy of King Abdullah, for what Modi called his “historic visit to Palestine.”

Modi was received by PA Prime Minister Rami Hamdallah and Chairman Mahmoud Abbas, who asked the Indian leader to replace the United States as an honest broker in peace negotiations with Israel. Modi then laid a wreath at the Yasser Arafat Museum in the city, in memory of “one of the world’s greatest leaders,” as he put it.


India recognized the Palestine Liberation Organization (PLO) early on, and in the 1980s it also recognized the “State of Palestine.” It was back when India was one of the main leaders of the Non-Aligned Nations and embraced an anti-Israel stance.

In a joint press conference in Ramallah, Abbas said, “We have never rejected negotiations; we have been and are still ready for negotiations,” and suggested that a multilateral international mechanism involving many countries is the best way to sponsor negotiations.

Modi expressed his hope for an independent and sovereign Palestinian state, to be established as soon as possible. “I have assured President Abbas that India is committed to the Palestinian people’s interests,” he said.

The Indian premier and the PA chairman signed agreements for an Indian government investment of $41 million in the establishment of a multi-purpose hospital in Beit Sahour, east of Bethlehem; three schools in Jenin, Tubas, and Abu Dis; a modern printing press in Ramallah; and a heritage center to empower women.

India already supports a tech park and a diplomatic training center in Ramallah. 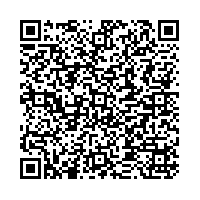