Have Israel and the Palestinian Authority come to an understating on the transfer of taxes Israel collects on behalf of the PA?

Amjad Ghanem, a senior PA official, denied reports on a resolution to the problem and told the media that the tax funds are “the property of the Palestinian people and that the PA will not agree to accept the blackmail method from Israel.”


Ghanem’s denial came after the local media published reports of a solution to the tax problem that is severely affecting the PA economy.

Meanwhile, PA officials told the media that all salaries will soon be paid to PA officials, indicating a possible solution.

The PA has refused to accept tax funds Israel collects on its behalf since PA head Mahmoud Abbas announced last May the severance of coordination with Israel, but at the same time demanded that Israel stop deducting the sums the PA pays to the families of terrorists, even though Israel has not deducted this amount since the beginning of 2020.

The PA has recently turned to international and Arab bodies to intervene in the matter and asked for loans at the expense of the tax money it refuses to receive from Israel.

Various sources indicate that Qatar and European entities have replied to the PA that it must renew coordination with Israel and resolve the tax problem.

A source in the Authority claimed that Qatar refused to grant the PA a loan of $300 million.

It should be noted that in 2019, Israel deducted a total of more than NIS 500 million for the stipends paid to the families of the terrorists, constituting more than 60% of the PA’s revenues.

Meanwhile, the Palestinian Authority continues to examine the establishment of an independent bank that will function as a government institution to which the salaries of prisoners will be transferred due to the Israeli threat to take action against banks that are involved in transactions between the PA and the terrorists’ families.

The designated director of the bank is Bian Qassem, a financier with experience in the field of investments and banking.

On June 1, 2020, the Palestinian Authority approved the establishment of a government banking institution, which will serve as a channel for the transfer of funds to terrorists; families.

Reuters reported that the expected initial capital should be in the amount of no less than $20 million, which will be allocated from the treasury and will not be included in the general budget. 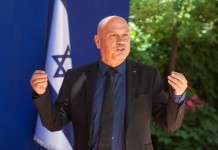 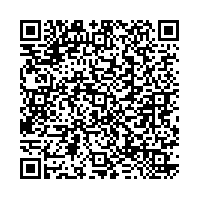