The left-wing group J Street came down hard on Palestinian Authority leader Mahmoud Abbas for postponing PA parliamentary elections, which were scheduled for May 22, saying that PA people deserve to hold free and fair elections.

“It’s clear that Palestinians have suffered greatly from a lack of democratic processes stemming from their internal political divisions, and that a newly elected and legitimized leadership would be better positioned to advocate for Palestinian rights and aspirations in the face of endless occupation and de facto annexation,” said the group in a statement.

J Street drew criticism for hosting Abbas at its recent conference earlier in April. The group has been a harsh critic of Israel’s policies.

Abbas postponed parliamentary elections set for May and presidential elections for July, citing Israel’s refusal to allow voting in eastern Jerusalem. However, his Fatah Party was likely to suffer substantial losses in both due to infighting and the emergence of other rivals within his camp. At the same time, the rival Hamas terror group that controls the Gaza Strip was expected to make up ground against Fatah.

Acknowledging this, J Street said that it recognizes “the challenges involved with attempting to integrate Palestinian factions committed to nonviolence and diplomacy with those, like Hamas, that have frequently engaged in violence and terror.”

However, the left-wing group also blamed Israel, saying it “opposes this ongoing interference by Israeli authorities and urges the U.S. government to make clear that it is unacceptable. Nonetheless, we don’t believe that these challenges justify indefinite postponement of greatly needed elections.”

The Palestinian Authority has not held elections in more than 15 years. 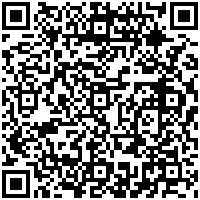