A summer camp for Arab children in Jerusalem is teaching its young charges through stories and songs that they will “remain here for millions of years” and “stand proudly without being humiliated on your land Palestine,” according to a report in the Hebrew-language newspaper Yediot Aharonot.

The camp is located in the eastern part of the capital in the Arab neighborhood of Issawiya, which is under full Israeli control.


But despite being a part of the capital – and technically part of Israel – somehow the camp is being sponsored by the Palestinian Authority, and its curriculum is being determined by the PA’s “Higher Council for Youth and Sports,” which underlines the anti-Israeli nationalist agenda of the Ramallah government.

The camp features Krav Maga lessons (ironically, a form of hand-to-hand combat created by the Israeli army), taught to the children by Palestinian Authority police officers at a facility in Jericho, which is under full PA control.

They also learn about the ‘Nakba’ (in Arabic, the ‘catastrophe’ of Israel’s rebirth as a state in1948), shout slogans focusing on fighting spirit and fighting Jews, and memorize lessons on the “Palestinian heritage.” 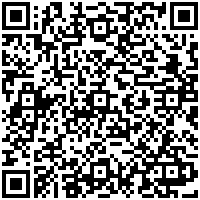