The Palestinian Authority (PA) has declared a state of emergency and a semi-closure for 12 days starting Sunday following a major outbreak of the Coronavirus (COVID-19) and especially of the UK and South African variants.

The emergency measures came following the infection of more than 2,000 PA residents in a day and mainly due to the 95% occupancy of beds in corona wards and a heavy burden on the medical staff.


Medical officials in the PA expressed serious concern about the collapse of the health system and loss of control of the virus within a few days.

A doctor at a hospital in Hebron told TPS that the hospitals in the area are full of entire families that were infected and that within a few days the Hebron district will collapse ahead of the collapse of the entire health system.

Sources in the Authority say that the reasons for the growing morbidity are the opening of schools and mass family events, but above all, the lack of compliance by the local public with the guidelines for social distancing.

The head of the PA’s preventive medicine department, Samer al-Assad, said that the serious illness is reflected in the number of patients and the occupancy in the hospitals, some of which have reached maximum occupancy.

The Palestinian Authority Ministry of Health is very concerned about the third Corona wave that hit the PA and recommended imposing a closure that would last at least two weeks, but for now and despite the increase in morbidity, the PA government decided to avoid a general closure and instead imposed a 12-day emergency semi-closure blocking traffic between the various districts between 7 PM and 6 AM and on a night curfew inside the cities and villages between 7 PM in the evening and 6 AM in the morning.

It was also decided on a general closure on weekends, a ban on Israeli Arabs entering PA territory, and the departure of Palestinian Authority workers to Israel.

In addition, all universities and colleges will be closed and weddings or events will be banned, including the opening of mourning houses, festivals, and conventions.

It was also decided to reduce the activity in government and private institutions and in the services, restaurants, cafes, health clubs, hairdressers, and beauty salons to 30%, and to reduce the production sector to 50%.

The Ministry of Religious Affairs will prepare a plan regarding the prayers.

The Palestinian Authority has begun deploying checkpoints between the districts and on major routes, but the main source of concern is the lack of vaccines.

Prime Minister Muhammad Shtayyeh, who has not yet decided on a general closure in the PA’s territory, says that the PA has purchased a stock of vaccines worth $10 million, but that they are delayed and are expected to arrive only in the middle of March.

Meanwhile, Palestinian sources told TPS that the few vaccines in the PA’s territory were given only to associates close to the Fatah leadership.

A Palestinian Authority doctor from Samaria told TPS that he and his colleagues are looking for connections through family members and acquaintances in Israel to obtain vaccines because even in the Palestinian Authority health system the spread of the virus can be detected among the medical teams.

The Palestinian Authority “Aman” Center for Human Rights warned against the continued distribution of vaccines to contacts and functionaries and of the absence of an orderly national vaccination program, which could degenerate the Arabs into a very serious situation and a disturbance of public order.

To date, there have been 2,259 dead in the PA and 117 patients are currently hospitalized in critical condition, including 26 on life support, out of about 20,000 active patients. Since the Coronavirus was discovered in the PA, more than 200,000 residents have been infected with the virus. 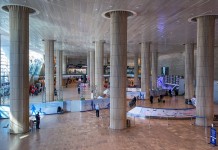 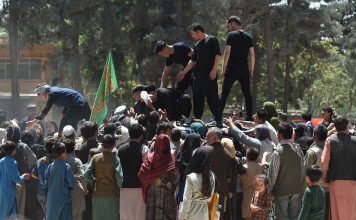