Since his arrest by Israel in November 2002, the Palestinian Authority (PA) has paid terrorist Muhammad Naifeh ‘Abu Rabia’ NIS 892,200 (approx. $264,300) in reward for his acts of terrorism, according to a report by Palestinian Media Watch (PMW).

Monday marked the 18th anniversary of the murder of five Israelis in Kibbutz Metzer in 2002. Among those murdered were Revital Ohayun and her two children, five-year-old Matan and four-year-old Noam.


The attack was carried out by Sarhan Sarhan. Sarhan was sent to carry out the attack by Naifeh, a member of PA head Mahmoud Abbas’ Fatah party.

Sarhan was killed in a gun battle with Israeli security forces sent to arrest him in October 2003.

The attack in Kibbutz Metzer was not the first attack ordered by Naifeh. On Oct. 30, 2002, Tarek Abu Safaqa carried out an attack in the Israeli town of Hirmesh. Among those murdered were Linoy Sarusi and Hadas Turgeman, both 14 years old. Abu Safaqa was killed while trying to flee the scene,

Naifeh was convicted by Israel for his involvement in terrorism and was sentenced to 13 consecutive life sentences.

As part of its policy of rewarding terrorists, the PA pays monthly salaries to imprisoned terrorists and allowances to the families of dead terrorists.

The payment of the salaries to the terrorist prisoners is enshrined in the PA’s 2004 Law of Prisoners and Released Prisoners, and the pay scale was set in 2010 by Abbas.

The PA pays him a monthly salary of NIS 7,400 shekels, 7,000 basic salary plus additions for being married with two children.

The salary the PA pays to Naifeh grows and will eventually reach NIS 12,400 shekels per month, a salary equivalent to that of a PA minister.

The monthly allowances to the families of dead terrorists are paid by the PLO Institute for the Martyrs and the Wounded, which receives its entire budget from the PA.

The 2018 Taylor Force Act made all US direct aid to the PA conditional on the abolition of the PA’s “Pay-for-Slay” policy. Some of the US aid to the PA has been stopped because of the is law

However, PMW pointed out that Vice President-elect Kamala Harris has declared that the Biden Administration will take steps to renew US aid to the PA.

“One wonders whether President-elect Biden will indeed agree that US aid again be misused by the PA to reward terrorist murderers – including the murderers of US citizens and US military veterans like Taylor Force,” PMW said. 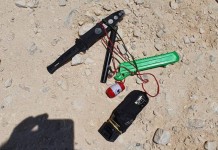 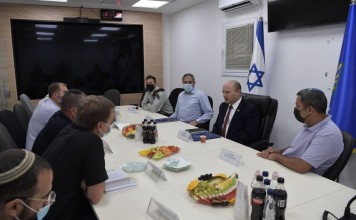 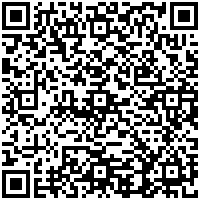