A nine-year-old Arab boy on Tuesday got past security at the Qalqilya Zoo in Samaria and came up close enough for the caged bear to rip off his arm, Arab media sources reported.

PA police spokesperson Luay Irzeiqat said the child, a resident of Kafr Abbush near Tulkarem, had crossed the zoo’s security fence into the bear’s cage, to feed the bear. The bear responded by ripping off his arm below the elbow. The child was rushed to a local hospital and then transferred to al-Najah hospital in Shechem.

The PA Ministry of Education suspended all school trips to the zoo until further notice and launched its own investigation.

The PA of Local Governance then closed down the entire zoo until further notice, saying it was in line with their “national responsibility.” This office, too, launched its own investigation.

Established in 1986, the tiny (4.9-acre) Qalqilya Zoo is the only municipal zoo in the PA. It features 170 animals, a natural history museum, a children’s entertainment park, and a restaurant. During the 2000 second Intifada, zoo animals were starving to death, while the zoo management, afraid of breaking the boycott on Israeli goods, refused offers of food donations from Israeli zoos. They finally consented to receive Zionist feed for their emaciated stock. 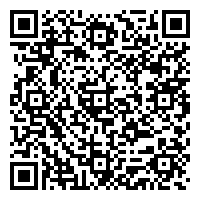