The Palestinian Authority has detained several PA Arabs who told Israeli TV journalist Zvi Yechezkeli that they support Israel’s plan to apply sovereignty in parts of Judea and Samaria, according to Yechezkeli.

Yechezkeli, a reporter for Israel’s Channel 13, went undercover with a hidden camera into Judea and Samaria to see what Palestinian Authority Arabs really think about Israeli plans for annexation. The report, which was aired last month, revealed a large chasm between what PA leaders say and what residents really want and feel. As Yechezkeli put it, “The understanding that this [Israel’s sovereignty bid] is an opportunity for a different life extracts from the gut things once heard only behind closed doors, very quietly.”


Yechezkeli told the AFP that at least six people he spoke with were later arrested by PA forces, despite the fact that their faces had been blurred and their voices distorted to protect their identities.

“I was surprised to see that even though I’d blurred the faces of all the people I filmed and distorted their voices, the [PA] has reached and arrested [some] of them, it’s just amazing,” he said, according to the report.

A relative of one of the detainees told AFP that he has been held for several weeks by Palestinian Authority police and would be in court soon.

However, PA security sources deny the allegations, with PA Interior Ministry spokesman Ghassan Nimr saying, “We have not arrested anyone in connection with this case,” according to the report. 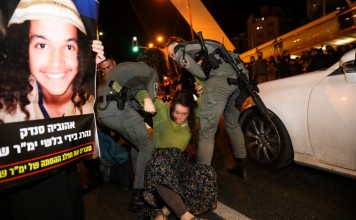