“Al-Aqsa Martyrs Brigades members were sent to the Beit El junction by Fatah Central Committee members loyal to Abu Mazen [Mahmoud Abbas] to create a show of strength following Hamas’ rise in power on the Palestinian street,” says one of the Al-Aqsa Martyrs’ former commanders, who was arrested by Israel for activities on behalf of Hezbollah.

The senior official claims that the shooting incident at the Judea and Samaria Junction on Tuesday, May 18th, indicates Abu Mazen’s weakness and the drift in Fatah’s position vis-à-vis Hamas.


The official told TPS in a telephone conversation that “in the Fatah Central Committee, Abu Mazen’s loyalists are aware of the growing criticism and hatred towards them, so they decided to ‘take off the shelf’ the Al-Aqsa Martyrs Brigades and send them to Beit El Junction to prove that the Fatah ‘has returned to the arena.’”

“It is quite clear that the Martyrs disbanded in 2004 after Fatah elements such as Muhammad Dahlan bought the weapons from them and the Palestinian Authority recruited some of them to its ranks. The Brigades no longer exist but in Abu Mazen’s Central Committee someone decided to return them to the area and create a show of strength,” he explained.

According to him, Abu Mazen’s associates in the Central Committee, including Hussein A-Sheikh, maintain good relations with Fatah operatives who previously belonged to the Al-Aqsa Martyrs Brigades and who made the decision to return them to the streets, but the shooting and injury of two IDF soldiers was not supposed to take place and it is possible that in this way the members of the Central Committee will stop the activity.

His remarks and conversations with Fatah, Hamas and the Palestinian Authority officials show that Hamas enjoys the most support in the Palestinian streets, including in the Judea and Samaria territories.

“The green flag [Hamas] demonstrations in al-Aqsa mosque have shocked the leadership in Ramallah,” some say.

“Muhammad Dahlan, Marwan Barghouti and senior members of Fatah’s field personnel are very concerned about the situation,” said the former commander. “It is clear to everyone that the current intifada is serving the West Bank to Hamas on a golden platter, the figure of Muhammad Def is becoming the heroic figure, along with the figure of Saddam Hussein and Hassan Nasrallah, who fired missiles at Israel, and this while the Palestinian Authority was completely wiped out,” he said.

A Fatah man says that the “hatred towards the top Fatah loyalists of Abu Mazen is growing. On Tuesday, Mahmoud al-Alul, Abu Mazen’s deputy at Fatah, was interviewed on one of the Palestinian media sites and more than 1,300 out of 1,500 viewers’ comments were curses and humiliations against the PA and Fatah, as those who are riding the wave that Hamas ignited while hiding in their homes, while Hamas alone conducts the battle against Israel,” he said in a telephone conversation.

“While you Israelis are bombing Gaza, it is Fatah in the West Bank that is bleeding, Hamas is gradually erasing Fatah in the PA and the Palestinian street is showing real sympathy for Muhammad Def,” he said.

The man, one of the leaders of Fatah in Samaria and of the refugee camps, says that he has been surprised in recent months by the power of Hamas, especially since Abu Mazen announced the election.

“Hamas is very strong here. They have an underground army just like the tunnels in the Gaza Strip. Many thousands, known in local parlance as Hamamis, no longer hide their support for Hamas, the atmosphere on the street is ripe for a coup and therefore people like Muhammad Dahlan who already experienced the coup in 2007 understand that they must unite and even go with Hamas against Abu Mazen,” he said.

The man recently spoke with Dahlan and senior members of the organization and with associates of Marwan Barghouti, who has been in solitary confinement at Hadarim Prison since calling for an escalation in the violence a few days ago.

According to him, there is a chance of forming a coalition between the Fatah factions of Barghouti and Dahlan and Hamas because “only then will Fatah members be able to try and maintain their presence on the ground.

“The journey in which Muhammad Def began to the West Bank continues on with the fault of Abu Mazen announcing elections even though he knew the situation in Fatah and no one can set up barriers against Hamas, but join it,” he said.

The words of the Brigades commander are also supported by others in Ramallah, Gaza, Hebron and Jerusalem.

“The Palestinian reality is undergoing a fundamental change,” a senior Fatah official told TPS. “Muhammad Dahlan or Marwan Barghouti or Muhammad Def, each of them is better than the continuation of the rule of Abbas who turned the Palestinian Authority into a corrupt cult that drowns in millions of dollars.”

“Abu Mazen lost legitimacy with his announcement of a postponement of the election and is not acceptable to large sections of the Palestinian street,” he said. “Other elements are entering this space, Hamas in particular.”

The criticism of Abu Mazen, who has become the “Israeli security agent,” has also increased on social media. Recently released photos and videos testify to the repression of protest activity and the arrests of Hamas operatives in the PA’s territories and are joined by incitement against Abu Mazen, whose forces helped capture the terrorist from the Tapuach junction, Muntasser Shilby.

“Abu Mazen is responsible for the fact that all the Oslo Accords now amount to security coordination between Israel and the Palestinian Authority. His time has passed both within Fatah and in the circles close to him, who see him as a failed old man who is cut off from the street,” says a Palestinian source.

“The gang around him understands that its future depends on the continuation of his rule and so it fought to prevent the election, while Hamas ignites the emotions in the street that already expresses confidence in it,” a former member of the Legislative Council added.

“Although Abu Mazen canceled the elections, both on the street and in Fatah are already convinced that Muhammad Def actually won them even though the polls did not open,” said a Fatah activist. 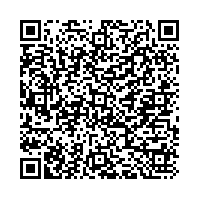