As Arab Friday riots begin, an Arab terrorist attempted to stab a policeman at Kikar Ayosh, between Beit El and Ramallah. The attack happened around 1:45 PM on Friday.

From the initial investigation, it appears the terrorist impersonated a journalist, allowing him to get close to the Border Policemen.


After he got closer, he ran forward, pulled out his knife an stabbed the policeman twice in the upper body. He was then shot by the other border policemen.

Upon seeing a suicide bomb belt on him, the policemen fired additional shots.

The terrorist was critically wounded (but not dead yet as of this update). The bomb did not explode.

A bomb expert has been called in to examine the terrorist due to concerns he is wearing a bomb belt. In the photo (below) he has wires coming out of pipes that are strapped to his body.

The Border Policeman who was moderately wounded after being stabbed in the upper body has been taken to Sharei Tzedek hospital. He is now in stable condition.

The Red Crescent has taken the terrorist’s body away.

Videos from the attack can be viewed at the link. 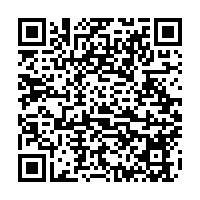