The sharp eyes at Palestinian Media Watch couldn’t help but catch the controversy surrounding the Palestinian Authority’s monument to terrorism in Bethlehem that erased Israel from the map.

In order to hide their true intentions from President Obama, who was set to pass by that area, the Palestinian Authority removed a large monument/map of the “State of Palestine”  located in Bethlehem’s Central Square.


The monument celebrates two events, the UN vote for the “State of Palestine” in 2012, and the first Fatah (PLO) terrorist attack in 1965 (note, that is 2 years before the “occupation”).

The local residents were enraged that their map of an Israel-free Palestine was removed in order to not offend the Obama’s willful fiction of a peace-loving Palestinian Authority. 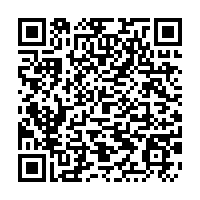