It took a moment for everyone to realize that Danny Danon, Israel’s Ambassador to the UN, was taking a break from his speech at Monday’s Security Council meeting.

“We understand that this council doesn’t have answers. What we don’t understand is why you don’t demand answers. If no one else will ask the hard questions, I will,” Danon announced. He turned to Riyad Mansour, Permanent Observer for the State of Palestine. “Let me ask the Palestinian representative here with us today. Mr. Mansour, will you condemn terrorist attacks against Israeli civilians?” [Watch Video]

The Israeli ambassador’s startling departure from the scheduled script came several minutes into a speech where, after accusing Palestinian leadership of rewarding terrorist families with monthly salaries and holding up notorious killers – the likes of 1978’s Dalal Mugraby – as role models, he introduced a young red headed girl sitting quietly behind him.

”On January 17, a young Israeli mother, a nurse, was home for the evening with four of her six children,” began Danon, “She was painting a door in her kitchen when she was suddenly brutally attacked, stabbed repeatedly by a 16 year old terrorist. Knowing that her children were nearby, she fought with whatever strength she had left. When she realized she was dying on the kitchen floor in front of her daughter, she clutched tightly onto the knife in her chest, stopping the terrorist from pulling the blade out of her body to use on her children.”

“The woman’s name was Dafna Meir,” continued Danon. He gestured to the girl behind him, “Her daughter Renana, who was in the kitchen that night, and her husband Natan, are here today, in this chamber, with us.” Danon looked around the silent council. “Why did this happen? What causes a sixteen year old by to stab a mother to death? The boy himself gave us the answer. He told investigators that what made him want to kill a Jew -any Jew – was a Palestinian TV show. The culture of hate is responsible for the death of too many Israelis and it is directly responsible for the death of Dafna Meir.”

Danon turned to look at Mansour. “Don’t Israeli lives matter? Why does the Palestinian Authority glorify terrorism? Why name town squares after suicide bombers? When did Terrorism become Heroism? Mr. Mansour, will you condemn terrorist attacks against Israeli civilians?”

Mr. Mansour’s initial response could not be heard as his microphone was off. Moments later he was heard declaring that he condemns all acts of terrorism against civilians including those perpetrated against Palestinians.

“Shame on you, you occupiers!” Mansour shot back, “Shame on you for killing thousands of Palestinian children!”

“We condemn all acts of terrorism”, returned Danon, “Why can’t you say it? There are Palestinian children watching you now! Here’s your chance to say it in five languages but you cannot say it. Excuses but no condemnation. Shame on you!”

The explosive clash, memorable even by UN standards, came as Palestinians renewed their campaign for a UN resolution demanding that Israel stop all construction in Judea, Samaria and East Jerusalem.

Israel’s Permanent Mission to the UN had teamed with OneFamily, an organization that supports Israel’s victims of terror, to bring Natan and Renana Meir to the United Nations in an attempt to emphasize the human cost of terrorism and highlight the incitement spurring the attacks. Lawrence Cohn, a board member of OneFamily, and Michelle Napell, the organization’s Executive Director accompanied the Meir family to the UN on Monday.

“OneFamily represents 10,000 wounded terror victims in Israel, and 15,000 bereaved family members,” said Cohn, “We’re here at the UN today to speak the truth, to call the one who has been stabbed a victim, and to call the stabber a terrorist.” While Natan and Renana are in New York, the five younger Meir children who remained in Israel are at a Passover vacation camp run by OneFamily.

“Running camps at holiday time is one of the things OneFamily does,” explained Napell, “The most important thing OneFamily does is bring people together. At these camps injured or bereaved Israeli children can feel someone ‘gets’ them. We hope that this family doesn’t grow, although we’ve been quite busy lately.”

Unfortunately as the day unfolded to newsflashes of an attack on a Jerusalem bus, it became clear that OneFamily would indeed be growing. “We have people on the scene of the bombing that just occurred,” updated Napell, “They’ll be with the families today, tomorrow, on Shabbat and through the holiday.”

Coming out of the Security Council meeting, 17 year old Renana was remarkably composed. “It was hard to listen to Mr. Mansour,” she said, “but I know that it’s hard to change someone’s opinion. The important thing is that we know the truth.” She paused and added, “The ironic thing is that at my mom’s work everyone always joked about how she saw everyone as the same. It never mattered to her if someone was a patient or doctor or Jewish or Arab or something else. To my mom, a person was just a person.”

To learn more about OneFamily, go to www.onefamilytogether.org 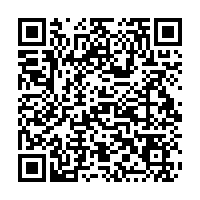