The FBI released on Thursday two fuzzy pictures of suspects in the Boston marathon bombings that killed at least three people and maimed and wounded 176 others.

Both men were pictures wearing backpacks, which authorities think contained the bombs that were detonated at the finish line, not far from where the two young suspects were photographed in a crowd on a sidewalk. One wore a white cap backwards and was seen putting his backpack on the ground. The other suspect wore a dark baseball cap.


“Somebody out there knows these individuals as friends, neighbors, co-workers or family members of the suspects,” Richard DesLauriers, the U.S. Federal Bureau of Investigation’s special agent in charge in Boston, told a news conference. “Though it may be difficult, the nation is counting on those with information to come forward and provide it to us.”

The longer the attack remains a mystery, the more theories have cropped up, ranging from an Al Qaeda-linked cell to a domestic plot with an infinite number of motives.

The FBI was extra careful before releasing the pictures. At least two people have been falsely suspected as the terrorists, One of them is a Saudi student who others have been false suspected, one of them questioned in the hospital where he was being treated for burns from an explosion and the other being a teenager who was singled out Internet uses and whose image was published on social media.

Comedian Jon Stewart skewed CNN for its report that the FBI had arrested a suspect. He ridiculed network for having become the “human centipede of news.”

Watch When Naftali Bennett Does a Good Job 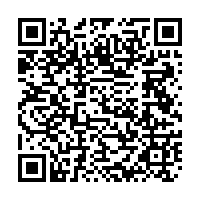