A female terrorist, 28, who was on her way to carry out a stabbing attack n Naharia, a coastal city in northern Israel, was arrested inside a taxi cab in one of the city’s neighborhoods, News 0404 reported Monday night. Police erected barricades along the beach road, after receiving intelligence about the attacker.

The terrorist, a resident of the Arab city of Taybeh in central Israel, has been living in Jerusalem, but decided to attack in Naharia.


Following police search the suspect was apprehended and handed over to the Shabak. 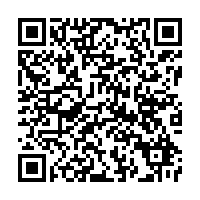