Border Guard soldiers shot and neutralized a female terrorist who attempted a stabbing at the check point on Junction 160 near the Cave of the Patriarchs in Hebron Sunday afternoon. There were no Israeli casualties.

The terrorist, Jasmine Tamimi, 21, is in critical condition. The Border Guard released a statement saying the female terrorist had pulled out a knife and threatened the soldiers who shot her accurately. She was evacuated in a military ambulance to Shaare Zedek Medical Center. 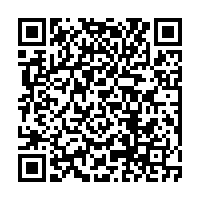