Simon Livson was installed as chief rabbi of Finland.

Livson, 30, the Israeli-born son of Finnish immigrants, was officially installed as chief rabbi on Jan. 13, taking over from Rabbi Moshe Edelman.

Livson, who describes himself as Modern Orthodox, immigrated to Finland in 1989 when his parents returned to their country of origin. He later studied at an Israeli yeshiva and at the Yeshivat Chovevei Torah Rabbinical School in New York.

Livson lives in Helsinki with his Israeli-born wife, Sivan Glazer-Livson, and their two-year-old daughter. There are approximately 1,400 Jews in Finland, according to the European Jewish Congress.

Livson assumes the position as Finland debates whether to label Israeli products that originate in the West Bank and shortly after a heated national discussion about whether to ban circumcision.

“My position may require more politics than expected of a regular rabbi, but I have no intention of becoming a politician,” he told JTA. “I am here to serve the spiritual needs of the community and answer general questions about Judaism, not to debate the settlements. As for the discussion on circumcision, it has died down in past weeks and I hope this is the calm after the storm.” 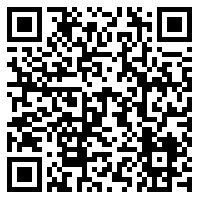