Early reports Monday morning regarding the fire at the B’Tselem offices in Jerusalem suggest the source of the fire was a short circuit. A spokesperson for the Jerusalem firefighting service stated there is a high probablity being investigated now “that apparently the fire started due to an electric failure in the office’s electric system.”

Earlier it was reported that the amount of damage sustained in the fire was making the investigation very difficult. But Sunday night eyewitness testimony suggested there was no damage done to the B’Tselem office’s front door, which supports the short circuit theory.


Israeli social media, as well as a few of the usual suspects in the press, can now delete their messages connecting the fire to the campaign being launched against the left-wing NGOs by the government and right-wing NGOs. Also, right-wingers accusing B’Tselem of starting their own fire should probably try to retrieve those messages, too.

Michael Kochav, who owns a religious articles store in the building, told NRG that a year and a half ago he sold the B’Tselem people a mezuzah and was also the one to install it. “Maybe that’s what helped,” he surmised. 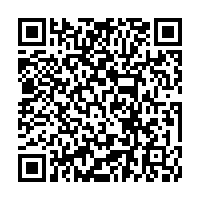