A fire broke out at the offices of left-wing NGO B’Tselem on Mekor Chaim Street in the southern part of Jerusalem, in the industrial area of Talpiot. Firefighters, who managed to control the fire at a little after 11 PM Sunday, suspect that arson is involved and an investigation team is examining the scene. The B’Tselem offices were empty at the time of the blaze. One man was released from the building and evacuated to Sha’are Zedek Medical Center in the city. The first floor of the building contains the B’Tselem offices as well as the offices of the Israel Antiquity Authority’s Jerusalem region. The fourth floor contains the offices of Yad B’Yad, the association that runs the Jewish-Arab bilingual school. The school itself, in the Pat neighborhood, was set on fire by Le’hava activists in 2014.

The large office building used to be the site of Israel’s National Archive, which was guarded by the Shabak. A year ago, a synagogue opened in the building, which is open around the clock. Eyewitnesses told Israeli media that the windows in the building have not been damaged and it didn’t appear that the B’Tselem doors had been broken down.

The fire broke out at 9:15, when an employee of the IAA smelled smoke and alerted firefighters. The rescue teams reported two focal points of the fire on the first floor, where the B’Tselem offices reside. The NGO’s offices sustained the bulk of the damage in the building. The fire penetrated through the front door, causing severe damage to equipment and documents, but according to Ha’aretz most of the organization’s digital information is stored on a server elsewhere.

Six firefighting teams worked to control the fire and succeeded after about an hour. The B’Tselem organization released the following statement on its Facebook page: “We are still waiting for the findings of the fire investigator. However, if it is discovered that this was an arson attack, it must be seen in the context of the wave of government incitement and smear campaigns against Israel’s human rights groups, and B’Tselem in particular. Naturally, the damage to our offices will not stop our work of documenting and exposing the harm to human rights under the occupation.”

The Otzma Yehudit organization, headed by Dr. Michael Ben Ari and Baruch Marzel, called on police to examine carefully the B’Tselem arson, stating: “We can smell the sharp odor of provocation in an attempt to divert the public debate away from its misdeeds that have been and were going to be exposed by the Uvda program, and now might not be broadcast because of the arson. The timing of the arson fits like a glove the needs of the B’Tselem people, whom we’ve already seen having no trouble transgressing the law.” 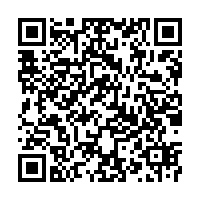