A Kentucky museum’s attempt to build a  replica of Noah’s Ark, along with the Tower of Babel, Abraham and the 10 Plagues, is going to need a modern miracle to come to life as money runs out.

Fundamentalist Christians are trying to teach the Bible to the world in the Kentucky city of Hebron, without the Cave of the Patriarchs, which would have been a much more logical project but not Christian enough.

The park’s design director Patrick Marsh told Reuters, “We’re basically presenting what the Bible has to say and showing how plausible it was.”

The Creation Museum in nearby Petersburg was opened six years ago  and was supposed to be the source of funds for the Noah’s Ark project, but it got hit by the recession. Since then, visitors have been staying away in droves, denying the proposed new park the funds that wren supposed to finance the project that will cost nearly $150 million. If the Noah’s Ark project is not completed by next May, it will forfeit tax incentives and leave a further gaping financial hole.

The backers are a part of the same Bible thumping ministry that built the Creation Museum, which sticks to a literal view of the Creation.  It is headed by Ken Ham, who is at war with Darwin and scientists who claim the world is older than almost 6,000 years.

Building Noah’s Ark has raised some interesting questions, such as what is the “gopher wood” that is mentioned in the Biblical description of the building of the ark.

If the 160-acre project ever is completed, it will include a full-scale replica of Noah’s Ark, the Tower of Babel, and a first-century village, along with a theme ride that will take visitors through the 10 plagues of Egypt, according to the Christian Post.

The ride is not a thrill ride, it’s a seven to 11 minute ride through the nation of Israel, where visitors will see the plagues portrayed,” “Mike Zovath, senior vice president and co-founder of the Ark Encounter, told the publication.

God, of course, is part of the project, and the newspaper wrote that Zovath “feels like God is part of their plan and their effort to teach the biblical position.”

But God has not come up with the money.

The Noah’s Ark project has come up with a way to raise funds by encouraging people to buy a plank or a beam.

Why didn’t Noah think of that? 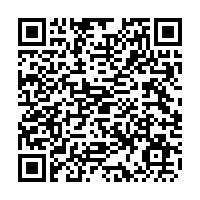