A Turkish doctor has charged that her patients who have suffered from tear gas fired by police show signs associated with CR gas, classified by the U.S. Army as a combat class chemical weapon that can cause serious side effects and can be lethal.

CR gas was developed the British and was used in Northern Ireland and is used in riot control today in Egypt and Israel, but its use in Turkey was not documented until Wednesday. The use may be legal, but if it is being deployed, the Erdogan government has kept it under wraps and prevented people from knowing.


Police sprayed gas, either the usual CS tear gas or CR gas, on protesters Wednesday as the riots continued after nine days, and the death toll has climbed to three.

The government had instructed police to use restraint, but police violence was seen in Ankara where unions called for a solidarity strike in sympathy with Gezi Park demonstrations.

Police also used water cannons to disperse demonstrators, and among those arrested were the Ankara bureau chief for a television channel and a cameraman.

Turkish Prime Minister Recep Tayyip Erdogan, following the pattern of Hosni Mubarak and Basher al-Assad, among others, has called protesters “terrorists” and has placed the blamed for the riots primarily on users of social networks. His police arrested 25 people early Wednesday for the high crime of tweeting “misinformation.”

“This is a protest organized by extremist elements,” Erdogan said Monday a press conference.

“Have they already banned freedom of opinion and I have not heard about it?” tweeted one user, (at)CRustemov, as the news spread. “What on earth does it mean to get detained over Twitter!”

Thousands of people have been detained since the beginning of the protests, but most of them have been freed.

“We will not give away anything to those who live arm-in-arm with terrorism.”

Hopes by Erdogan that the violence would end, after his deputy prime minister Bulent Arinc apologized for police violence on Tuesday, have evaporated.

No one expects Turkey to follow Middle East countries that have seen revolutions topple their rulers following Arab Spring demonstrations, but Erdogan has been acting like the deposed rulers.

“He’s not been behaving rationally at all,” Gareth Jenkins, an Istanbul-based researcher with the Silk Road Studies Program at John Hopkins University, told US Today Wednesday. “He appears to be becoming almost delusional and refusing to accept the reality that these protests are mainly spontaneous and are being organized by small groups of people who’ve never engaged in politics before.”

His behavior should come as no surprise. He has been living in his own dream world for the past Mahmoud Ahmadinejad and Syrian President Bashar Assad, while reducing diplomatic relations with Israel to a their tier level.

He has since realized that choosing  Ahmadinejad and Assad as friends was the wrong decision, but Erdogan still is a cheerleader for Hamas and wants to visit Gaza.

Years of promoting Turkey as a shining example of prosperity, democracy and tolerance have gone up in smoke.

Property damage and massive injuries, many of them from CD or CR gas, have forced an Istanbul mosque dating back to the Ottoman empire to be converted into a makeshift field hospital. 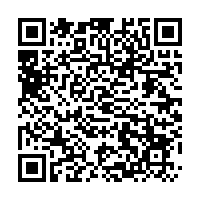