The Shehab News Agency’s Facebook page ran a video of the state of Salahuddin Ayubi Street, Gaza’s main drag, which as of Monday morning is a river. The thing is, the Shehab readers have added their own five cents’ worth to the page, and we labored, using the good services of Facebook Translate (we were careful, we know its limits), to present their honest opinions. Here goes:


Ayman Shab: Thank God, the best of Gods, but the country is drowning and people cannot get out of their homes and the municipalities are sleeping and inquiring citizens are interested. Nevertheless, we thank you Lord for everything.

Ma Ha Mimi: Trapped by the results of our ten-year siege. Equipment and people should be working in the daylight hours on infrastructure projects, which would be the normal thing, instead of digging tunnels. Our equipment is ancient and primitive, and (Egyptian President] El-sisi makes building tunnels hard. And most importantly, we the people of Gaza [believe] building a tunnel trumps the reconstruction of the street to protect from the rain.

(We hope we got that one right, we think Ma Ha Mimi is critical and cynical, but she may have written the above with a straight face.)

Sabbo Moyal (an Israeli, writing in Hebrew): The results of sanctifying Death.

Doron Duak (also Israeli): Asses who invest in tunnel digging. Anticipating the collapse of as many tunnels as possible.

Finally, a semi-official message from Ayman Shab: My uncle is the mayor, and together with civil defense they will fix it. Stay in your homes, no one should go out. God is with us and guards all His subjects. 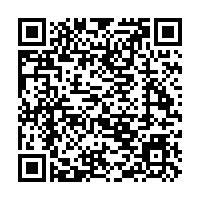