German Jewry is beginning to worry about anti-Semitism again, and according to a local source, it’s long past due time that they did.

In an exclusive interview with a peace activist from Germany, JewishPress.com learned this week that the threat to Jews in the country is rising steadily.


Right-wing extremists and neo-Nazi groups are increasing in popularity, albeit with their initial banner raised against the flood of refugees and migrants streaming into Germany from across Europe.

The activist, a German visitor to Israel, told JewishPress.com on condition of anonymity – is that a backlash is beginning among the German population which is starting to blame its “migrant population” on “the Jews.”

It has taken a while, but Joseph Schuster, president of the country’s Central Council of Jews also expressed the community’s concern in an interview published Saturday in the Sueddeutsche Zetung.

“The political mood in our society is clearly drifting off to the right,” Schuster told the newspaper, noting rising tensions over the steady flow of migrants into the country. Although Schuster told the paper he does not believe the Jews will immediately leave en masse, he did warn that many will “consider” it.

“It must be clear to the people that come to us that anti-Semitic behavior will not be tolerated,” Schuster said. He called on the government to teach the migrants – most of whom are Muslims – to recognize the State of Israel in their cultural integration courses “because among the refugees is a significant proportion of Arab people who have grown up with anti-Jewish and anti-Israel stereotypes.”

While it is true that many attacks on Jews in Europe over the past several years have been traced to Muslim immigrants, that has by no means ever been the source of anti-Semitism on the continent. Adolf Hitler was Austrian, not Syrian. Let’s not confuse the two.

According to the German source there have been weekly anti-migrant demonstrations by German native-born citizens in Leipzig for months already. On the secular New Year, when parties were going “full blast” the central downtown area was “empty, spooky, with no police coverage whatsoever because all the police were out dealing with attacks.

“That night saw hundreds of assaults – it was the first time the media could not hide the facts about migrant violence and German violence in response,” the source said.

Riots were also been carried out by an extremist group known to international police as the neo-Nazi “football hooligans.” The group has branches throughout Europe – in Sweden as well as in Germany.

In Leipzig two weeks later they seized the opportunity to start a rampage during a march by supporters of the anti-migrant Pegida movement (Patriotic Europeans Against the Islamization of the West.) The local Pegida group in Leipzig is known as Legida.

“Merkel take your Muslims with you and go,” read one of the placards at a Legida protest.

Also in January, at least 250 neo-Nazis traveled by car to the Leipzig suburb of Connewitz from “all over the state of Saxony,” according to the World Socialist Web Site, which described a scene of “fascist terror.”

According to a report posted by the Peipziger Volkszeitung (LVZ), the “horde of neo-Nazis” were “goose-stepping” through the district and then began a “rampage of violence” with large stones they had clearly brought with them. 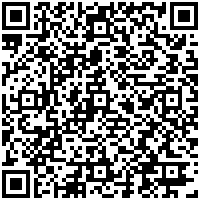