The Color Red early warning siren of 15-20 seconds was not activated.


The latest violation of the Pillar of Defense ceasefire last November followed by 24 hours missile attacks on Eilat, which were probably lunched from the Sinai, officially under Egyptian rule but infested by Hamas and other terrorist gangs.

Terrorist in Hamas-controlled Gaza have attacked southern Israel with rockets or land mines at least three times the past month, and as usual, the government has said it won’t tolerate the challenge to Israel’s sovereignty. And, as usual, the IDF has responded “proportionately,” meaning hitting a couple of weapon factories and terrorist tunnels that are known to exist but are strafed only as an after-the-fact retaliation.

“We will not tolerate such incidents and will retaliate,” said Defense Minister Moshe Ya’alon, echoing statements made by his predecessor Ehud Barak.

Less than two weeks ago, Gaza terrorists detonated a bomb designed to blow up an army vehicle patrolling on the Gaza security road. No one was injured, but the vehicle sustained light damage.

No matter who is in charge, the expected resumption of rocket attacks is a fact and marks yet another round of escalation of terror that follows every ceasefire, either by a few hours, days or weeks.

The government and the IDF repeatedly have gone along with Hamas’ game, agreeing to a ceasefire while openly stating that it won’t last.

Hamas is sitting on a huge stockpile of weapons, many of them far more advanced than mortar shells or rockets. Given its raison d’être of destroying Israel, every military officer knows full well that it is only a matter of time before Hamas uses the weapons against Israel.

After the Operation Cast Lead and Pillar of Defense counterterrorist operations four years ago and six months ago respectively, the IDF is ready for the next encounter, sooner or later. 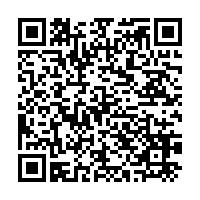